The following is an opinion piece written by Ives Blackwood, a British micronationalist and MicroWiki administrator, and does not imply or necessarily reflect the opinions of the Messenger or its editors, writers, or contributors.

The dream of recreating the world economy as convincingly as we model the world’s politics has gone out of fashion in the micronational community, but with MicroWiki now more active than ever, it’s time to make economics sexy again.

Despite being a relatively niche hobby, micronationalism has inspired surprising excellence in many of the fields associated with real-life statecraft, and at their best, micronations really are countries writ small. From the sophisticated party politics of Abelden to the legal genius of Anthony Clark, micronationalists have achieved genuinely impressive things.

And there is no deficit of active engagement in these fields. Work in diplomacy, politics, law and culture is the bedrock of our hobby.

I will have been part of this community for five years this July, and it is interesting to recall the serious fears that many of us had for the future of MicroWiki before the 2018 launch of MicroWiki@Discord. A cabinet minister in my former micronation sullenly declared in October 2017 that “the intermicronational community is dying.” Back in the mid-2010s, lack of activity and interest from the community was a serious limitation for many projects.

Now, of course, Discord has revived our community, and, as Henry Clémens recently wrote, the lockdowns imposed to limit the spread of COVID-19 have encouraged the return to activity of many historical big hitters, including Mr Clémens himself.

But, despite unprecedented levels of engagement, our microinternational community lacks something integral to its real-life analogue: an economy. Discord and coronavirus have rendered no Y.A.M.O. too extraneous and no legislation too complex for this community to give it a try. It’s time to take the same approach to the economy.

Back in 2016, the work of Henry Clémens, Lucas Campos, Karl Friedrich, Anthony Clark and Horatio Eden through the Micronational Dollar, Quetico Street and the M.E.G. pushed micronational economics forwards. I was involved on the periphery of this myself at the beginning of my career, and revived some enthusiasm with my publication of the Glastieven Model in April 2017. These projects ultimately failed to realise their ambitions largely because they ran into the same brick wall as everything else back in the pre-Discord days – as Adam I of Adammia put it in a July 2017 article, “these systems soon fell into inactivity.”

Economics is an integral part of the international community that we seek to emulate, and without economies, our micronations are severely lacking. I speak from experience when I say that micronational economics can be just as fun, challenging and exciting as those areas that are already active and developed.

Indeed, our community has a real opportunity to open a new door and create something new and exciting. With the momentum and interest of 2016, and the activity provided by the revived MicroWiki community, economics can become another source of micronational fun – and excellence.

The first step is making economics sexy again. Micronational economics have to feel relevant again, and the current slow trickle of Bitcoin adverts that characterises “#economy-and-business” won’t cut it. Whether it’s starting conversations, initiatives, schools of thought, or Y.A.M.O.s, all of us can move this community forwards by treating economics as the next exciting thing on which to focus our efforts.

As micronationalists, we have a unique opportunity to broaden our hobby, and add ‘micronational economics’ to the list beside diplomacy, politics, law and culture. It ends with building an intermicronational market, a daunting challenge, but it begins with starting a conversation. And in an era of unprecedented activity, that has never been easier.

Recent events have revived our community. Now it’s time to revive our ambitions for its economy. 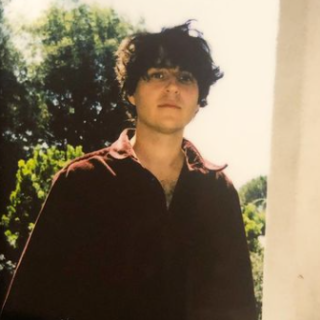 From his work as an opinion writer for the Daily Micronational to his multi-year stint as founder and editor-at-large for Messenger, Henry Clémens has proven himself to be an aficionado of micronational journalism.